Parkinson’s is progressive disorder in which your brain stops producing chemicals which control the motor movements of the body. Still, there is no cure of the disease but it can be treated using various methods including medication, therapies and Deep Brain Stimulation.

Symptoms of Parkinson disease can be: –

What is Deep Brain Stimulation?

DBS is a surgical process which treats a variety of neurological symptoms such as tremor, rigidity, stiffness in muscles, walking problems. DBS doesn’t damage the healthy brain tissue by destroying nerve cells instead this procedure blocks electrical signal from targeted sections in the brain. DBS can be often described as pacemaker for the brain, sending electrical signals to the brain. It is important to understand to understand that DBS does not offer a cure for your disease but it’s a way to manage it more conveniently and effectively. DBS cost in India varies from individual to individual depending upon his medical history or condition. It is important to understand that Deep Brain Stimulation is not a permanent cure.

Is it good time to consider DBS?

There are factors which determine if DBS is a good option to go for, based on the individual’s diagnosis and condition. DBS in mainly helpful if you face motor fluctuations or tremors that affect the activities that are not already adequately managed by medication or not improved by medication. Another factors which can be considered age in combination with general health, support from family and friends,absence of dementia or any active psychiatric disease.

Patients are being evaluated by the Surgical Therapies Improving Movement (STIM) multidisciplinary team, which has professional training in DBS. The STIM team includes a neurosurgeon, neurologist, clinical neuropsychologist, nurse and other medical team members. Try to make the list of questions about DBS before the surgical procedure starts and make sure they will be answered to your satisfaction level. It’s always advisable to get your answers which are coming to the mind regarding the surgery. Try to connect with patients who have already been through the surgical procedure, you can take the help from the center’s staff in contacting them. They can share their positive or negative experiences which could support you in preparing before Deep Brain Stimulation surgery. Apart from their feedbacks you can also ask about the DBS surgery cost as it varies from center to center and country to country respectively.

Individuals may encounter a slight, temporary shock or tingling as placement during the initial programming of DBS. Identifying the best placement and level enables the patient to receive the greatest outcome based on his unique condition and requirement.

What if battery runs out?
If the stimulator battery runs out, if you have Parkinson you should contact your neurosurgeon or the STIM team as soon as possible. They may tell you to go into the emergency room, and an urgent battery replacement will be scheduled. Following up with your DBS team for regular monitoring of your battery will greatly reduce the chances of your battery running out unexpectedly.

DBS for both hands and legs?

In Parkinson disease, you are likely to have bilateral surgery with placement of leads in the sub thalamic nucleus (STN) or Globus Pallidus Interna (GPI) and experience tremor control in both hands. If you have essential tremor (ET), lead placement occurs in the Ventralis Intermedius (VIM) nucleus of the thalamus, but often only on one side. This is done to see if there is enough benefit with tremor control in one hand.

When to use DBS?

Individuals with Parkinson disease or dystonia will be instructed to leave the stimulator on continuously. There is no need to turn off the stimulators, unless undergoing a medical procedure. Many people turn the stimulator on in the morning upon waking and off at bedtime.

Finding the correct contact on your DBS lead can only be done by the DBS neurologist or nurse who does the initial programming. However, some of the newer stimulators on the market allow the DBS neurologist to set different programs. For example, they could set it so you would be able turn your stimulator voltage up to a pre-set level, or switch your settings back to the same settings you had at the previous visit.

There few things people need to consider first if they are planning to opt surgical procedure. First, it is crucial to select the best center that has the expertise staff who specialize in DBS therapy for therapy treatment. It is always recommendable to bring a family member or friend with to your check-ups and appointments so that he/she has the prior knowledge of your treatment chart.

Make sure that you meet with the movement disorders neurologist, neurosurgeon, neuropsychologist, psychiatrist and nurses who will be involved in your care. Try to make the list of questions about DBS before the surgical procedure starts and make sure they will be answered to your satisfaction level. It’s always advisable to get your answers which are coming to the mind regarding the surgery.

Try to connect with patients who have already been through the surgical procedure, you can take the help from the center’s staff in contacting them. They can share their positive or negative experiences which could support you in preparing before Deep Brain Stimulation surgery. Apart from their feedbacks you can also ask about the DBS surgery cost as it varies from center to center and country to country respectively.

There are few suggested questions you can ask during your visit to the DBS center:

-How many DBS surgeries have been taken place at this center?
-How many surgeries are performed each month or yearly?
-Does the center use microelectrode recording?

Microelectrode recording means, using a special, thin electrode that allows the surgeon and neurologist to precisely locate the target site of the brain. You can ask these questions to neurologist, neurosurgeon or nurse during your visit to DBS center. If you feel that the center is fully equipped or does not have optimum experience in microelectrode recording then it may not be the right center you are looking for to perform the surgery. Some neurologists and surgeons will use this technique while some don’t.

Other points you should make clear regarding the surgery are: –

-Will the both sides of the brain be operated on during the same surgery?
-Or separate surgery will be performed for each side?

Either leads may be implanted in one surgery, or each side may performed as a separate surgery, depending upon the individual situation. It is safer in some cases to have the leads implanted in different procedures. 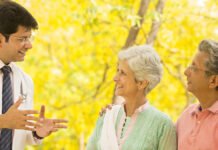 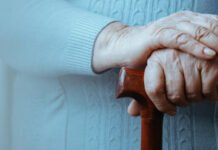 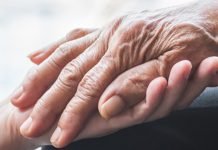 How to treat Parkinson’s Disease ?